Here's a little something to chase away those post-holiday blues with some bright pinks and crimsons - a brand spanking new e-book out from Spanko author Lucy Appleby (whom some of you may know by her appellation of  'flopsybunny'). It's filled with juicy little stories for misbehaving men, and what happens to them when their misdemeanors inevitably catch up with them... 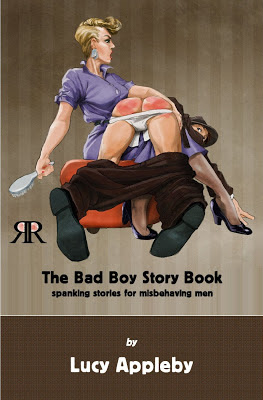 My thanks to Lucy for letting me have a small part in her latest offering. The Bad Boy Story Book is available for download to the Kindle from Amazon:

Be sure to order a copy or Miss Lucy might be very cross with you.

And to whet your appetite, Miss Lucy has graciously agreed to collaborate with yours truly by writing an exclusive short story based on an illo by moi, just for this blog! Enjoy: 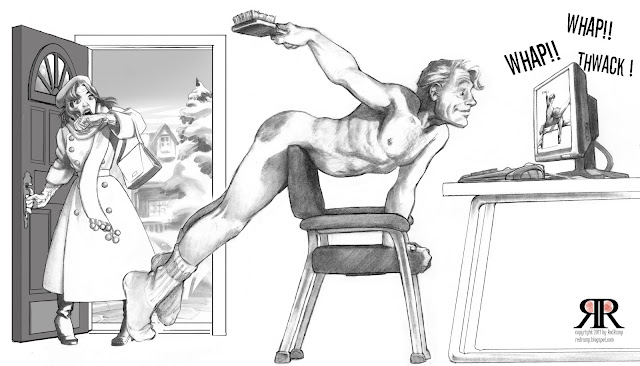