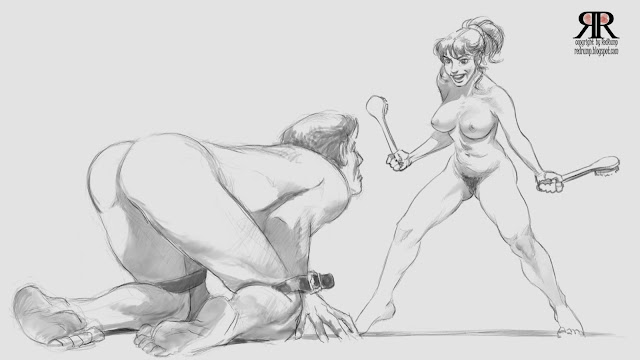 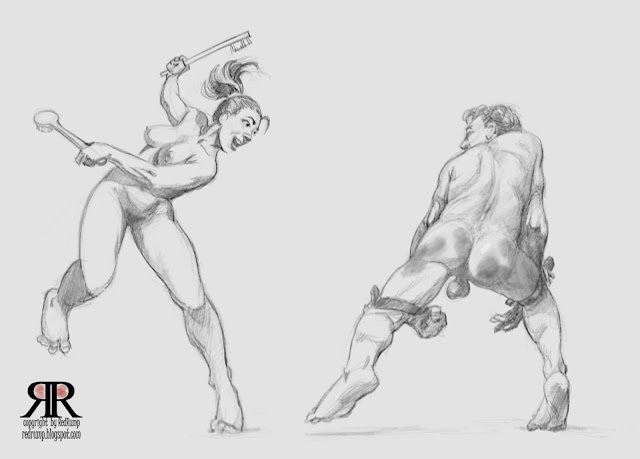 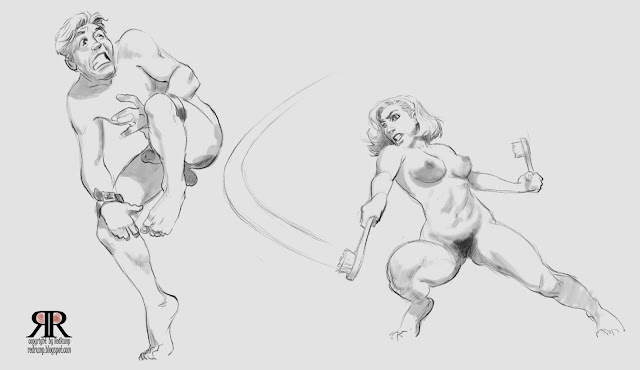 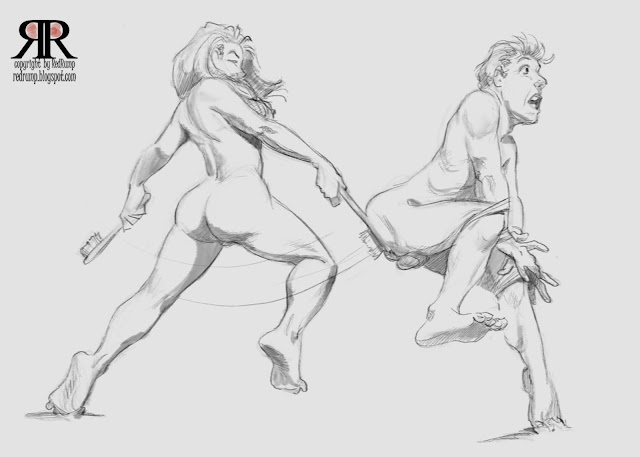 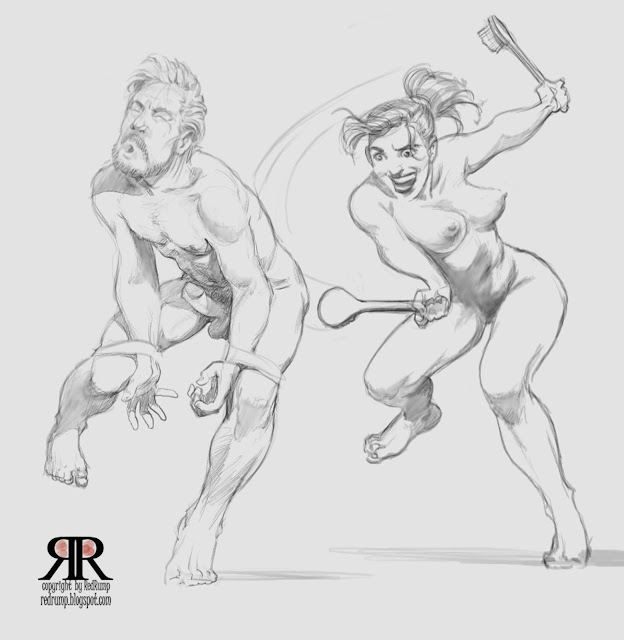 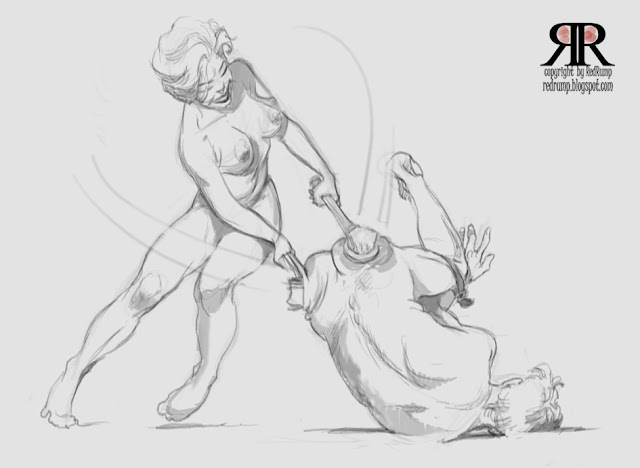 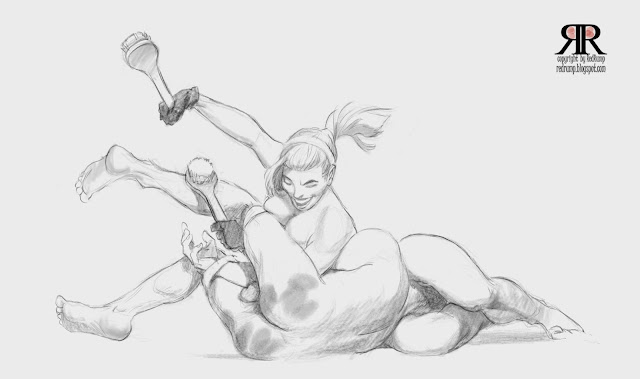 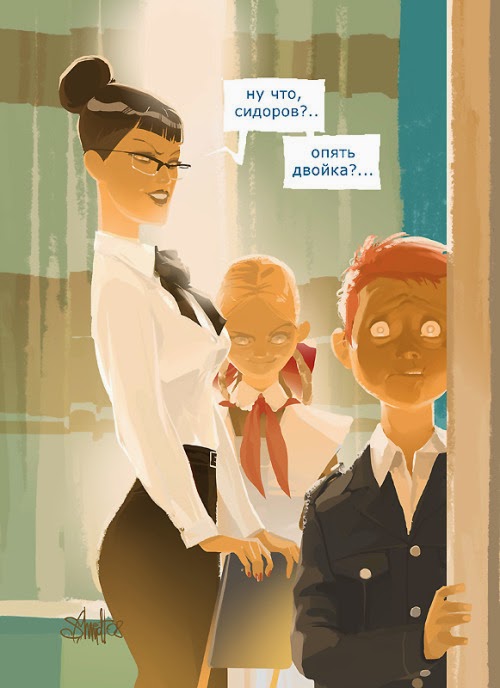 With that in mind, any of my Russian readers care to translate it for me? For all I know, this illo may not have anything at all to do with F/M punishment, but it certainly sparks the spanko-magination.
12 comments: 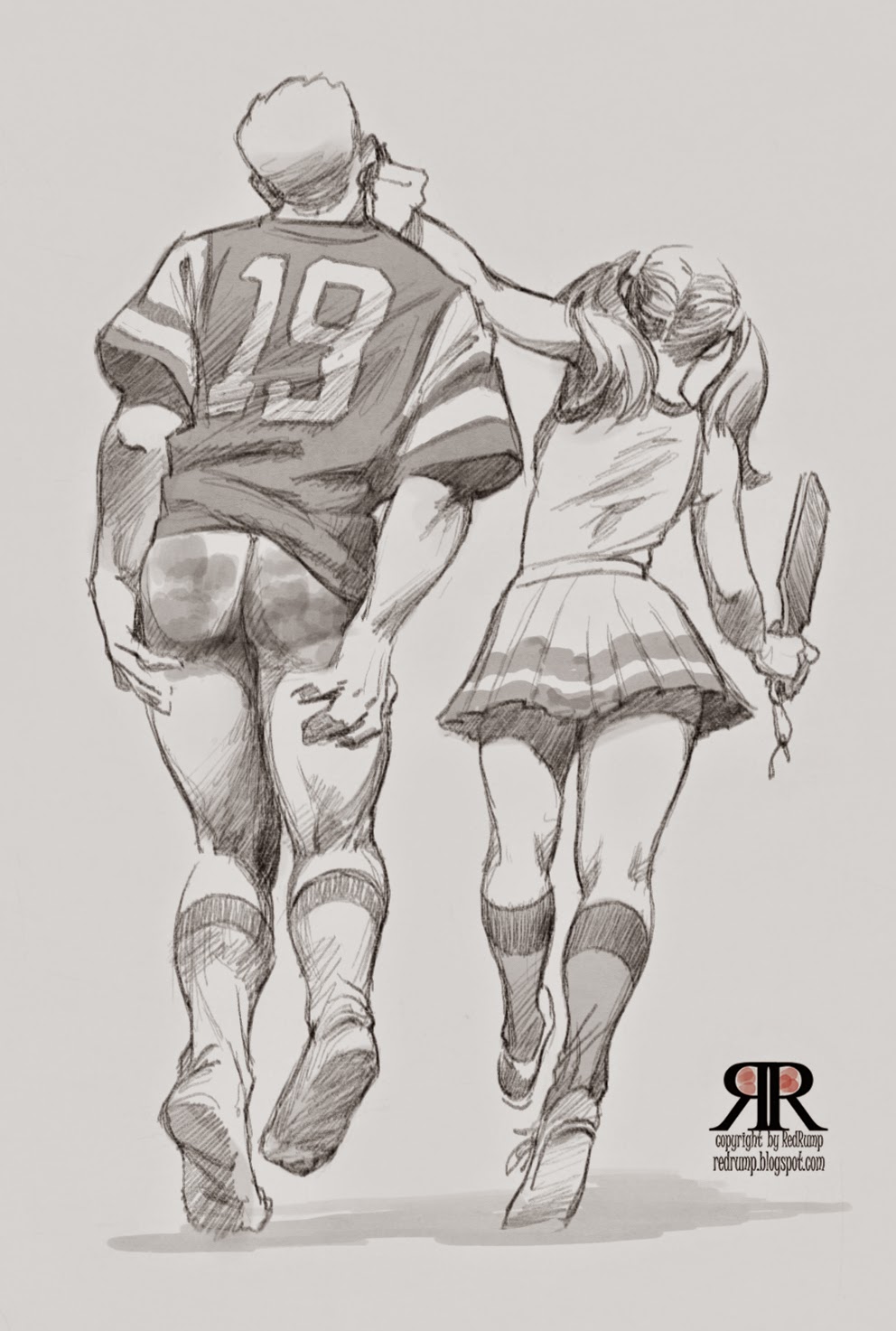 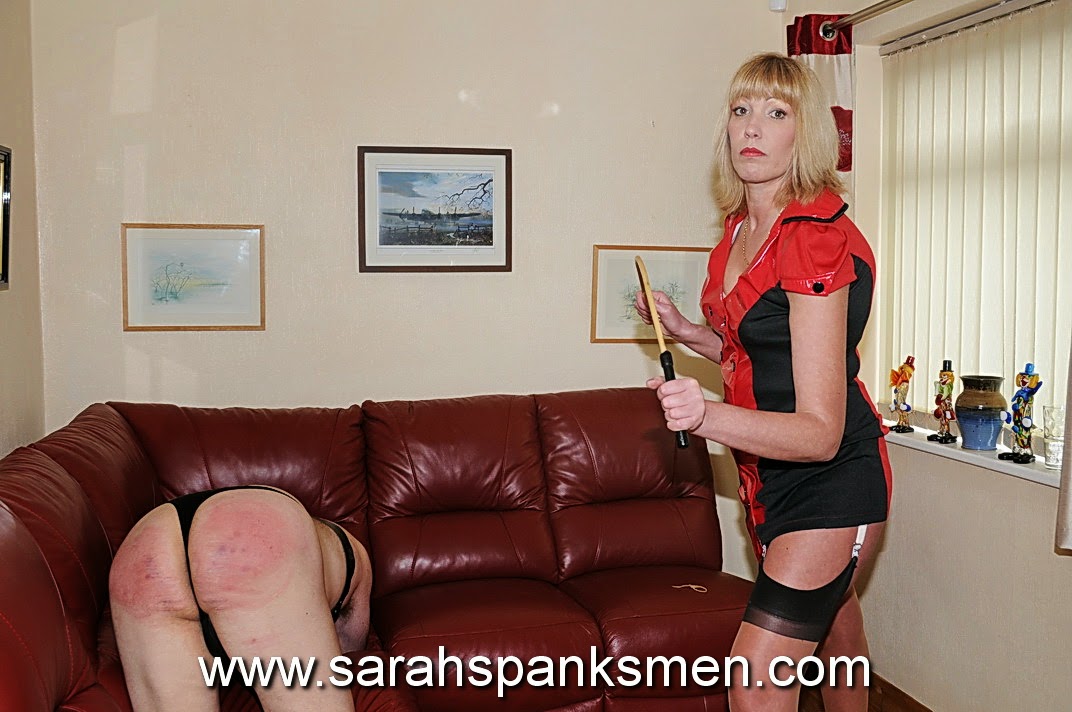 If you are a fan of tall English women swinging cruel implements on your upraised bottom while scolding you in that imperious British accent, then you are likely aware of Sarah Stern of Sarah Spanks Men. She is one impressive lady, and she wields a wicked cane. 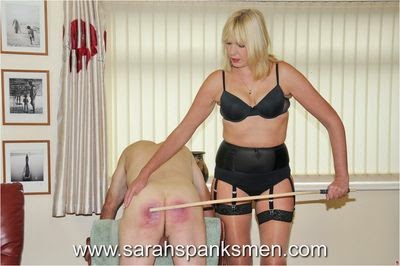 Recently I was in touch with 'Kodders', who provides blogging services for Sarah, as well as his backside for her films and her general amusement. He kindly agreed to do an interview with Sarah to give us a glimpse into her world and his, and rather than simply post written questions and answers, I sent him some questions and they recorded the discussion.

It's certainly a more visceral approach than a written post. You can listen to it here:

Moreover, you can watch her in action here:

Or visit her blogs:

Many THANKS to Kodders and to Sarah !
7 comments:

Time for a little shameless self-aggrandizement -  the article I mentioned awhile back is now published! You can find it here: SimplySxy Spanking Article

The good folks at Simply Sxy also put up a Gallery 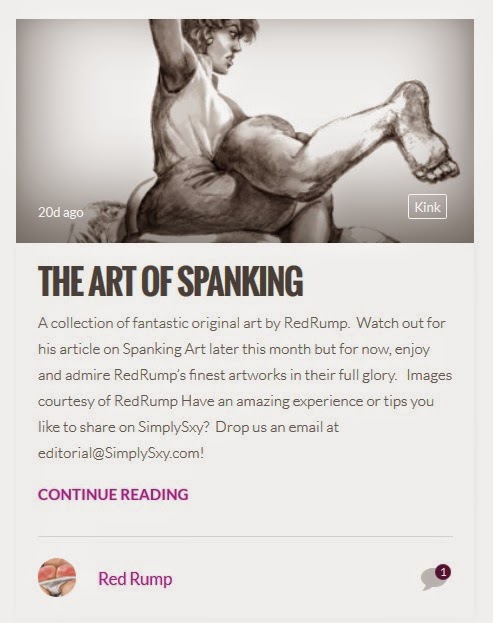 My heartfelt thanks to the staff at SimplySxy for taking an interest in my little hobby!
5 comments:

Been whittling away at this for awhile, and finally found an evening to blitz through to the finish line 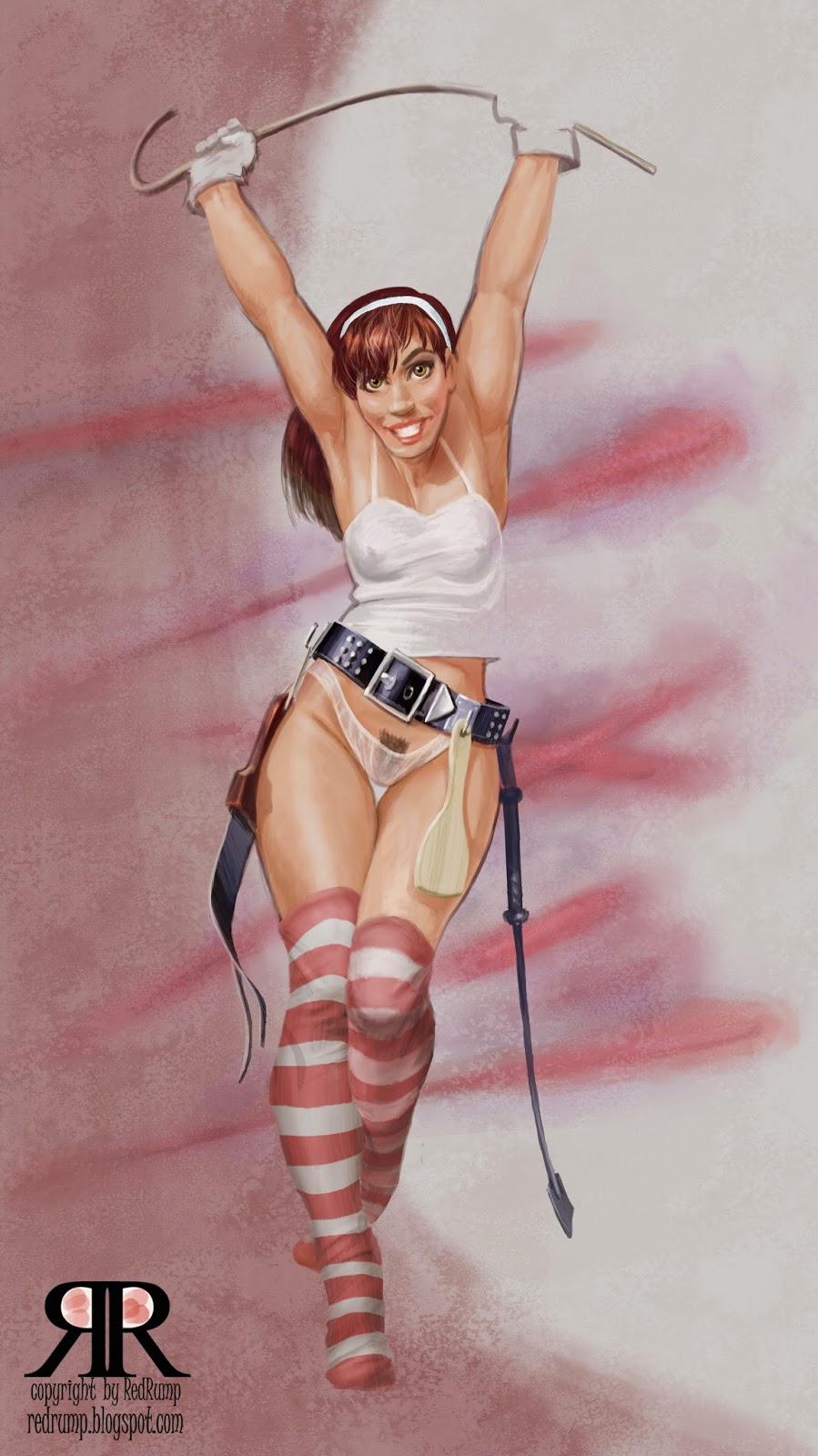 First - I want to thank those of you who, despite my 'absence' of late, have faithfully been checking in and still leaving comments (though I have been slow to publish them - sorry.)

Second - My apologies for the lack of posts lately. Work has gotten very intense of late, and I've little time available for art or blogging. I am, however, picking away at some new ideas, and was recently asked to write an article on my art for an online magazine about human sexuality. I was quite touched by this request, so it will be taking up what time I have for the next little while.

In the meantime, just to show that I have not dropped off the face of the planet, here is a quickie from my sketchbook -